Blog
Home>Love>Love is not cheap 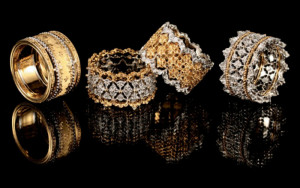 I started working immediately after school (college) so I really never had to depend on anyone for support afterwards especially financially. When I met a guy (a marriage prospect) back in the days, the next thing on my mind was never what I could benefit from him financially, for me, it was much more than money or material things.

BUT having said that, there is a habit I just find hard tolerating in a guy. I don’t want to call it stinginess because I realized that some men don’t just know the proper thing to do even when they have the resources. There comes a time in the life of a man when he needs to have a giving/sharing mentality with his wife/girlfriend/Fiancée whichever…..For some guys it is just a very poor mindset they have. This is not about being rich or being poor.

A man needs to consciously take care of his woman or his woman–to-be. My guy, SPOIL your wife! Yes, spoil her; spoil your woman, your fiancée. Sometimes it’s not about the money or the quantity. It’s just the thoughts. Buy her gifts no matter how small, surprise her! Not just on her birthday or your anniversary or Valentine’s. If you need help or tutorial with this please contact Temidayo Oni or one guy called Uzor Orabile. I mean, how can you be married to a lady or you’re asking a girl out for months or even courting a lady and she cannot point to one item in her wardrobe that came from you??? Did I hear you say…I don’t know her shoe size? Ahun nie…aka gum(you are stingy) okay buy her bag… Handbags have no sizes. Or maybe wristwatch?? Let’s make it even smaller…a small pack of chocolate…necklace, all these fancy earrings, perfumes, little things here and there. I didn’t say buy her a phone or a car (shout out to all the correct guys out there who buy their babes phones and cars etc). That’s the spirit! But please make sure you are taking care of your parents’ o ehen.

Back to the issue, no matter how much a woman earns, she wants to spend her husband/man’s money. It’s annoying when you profess you *love* a woman and she has nothing to show for it especially when you have the resources. Some guys try to argue it, they keep saying “but I spend time with her and I take her out” etc. Yes, it’s part of it, don’t substitute one for the other, buy her gifts too.  Some guys are even very funny they go all out to ask and take from the woman instead. Some will say “how many girls will I give gifts before I finally have my own wife” My brother, LOVE is expensive o, even Baba God gave His ONLY son to prove His love yet some people have refused to accept him as Lord. So you see, she has a right to collect and still say “No”. I’m not being materialistic here, what needs to be said should be said. If you love that woman you are disturbing, instinct will move you to give to her consistently no matter how small. No one needs to teach you. If she ends up not accepting you, she will likely look back one day and say, I lost out on that guy. I think that is more honorable for you as a man. And if she’s already your wife, she deserves it and much more.