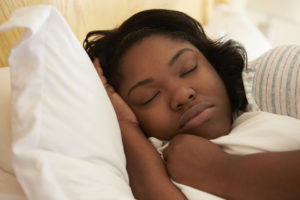 This is a lengthy but enlightening piece, so fasten your seat belt. I am not preaching I am only relaying a message I heard, hoping it might be beneficial to someone who can relate or needs it perhaps. Recently, I heard a sermon and since then I had felt a need to narrate a certain part of the sermon that intrigued and ministered to me. It was a bit scary but I know it will be useful to someone especially if you believe that sometimes our dreams are spiritual and not just a result of the activities that we give thoughts to in our subconscious mind.

I am aware a lot of people don’t believe in dreams (I mean the ones we have while we sleep). Honestly, I belong to that school of thought which believes that a lot of times our dreams are a result of the things we think about the most during the day or the events and thoughts that occupy the most space in our minds as we go about our daily activities. However, I also strongly believe that some dreams are not ordinary. When you have such dreams, they always either stand out or look really awkward when you remember them much later. Anyway, I’ll leave that part to us to decide, if you find this useful, good for you.

Alright, this man of God visited the US recently; He has a ministry somewhere in Benue, Makurdi. I must say I was fortunate to have been under that ministration, I almost did not attend. Before I continue my narrative, I want to quickly add that I have an extra level of respect for men of God who serve in the northern part of Nigeria. We all know that this part of the country is highly prone to religious crisis and killings. So, when despite all these notable pressures some people still choose to stay back in the north to touch lives, it’s kinda lifting….

Back to the story, (bear in mind this wasn’t the sermon, it was just a story the man shared during the sermon). The man of God said he held a crusade sometime ago in Makurdi. And one of the people who waited to see him after the crusade for special ministration was an old close friend of his wife. He said, this woman attended nursing school with his wife at some point and I guess his wife lost contact with the lady afterwards. He said his wife and this lady both had very visibly long hair when they schooled together  so it was very easy to notice she had a very short and scanty hair when she came up to him for personal ministration after the crusade. He said once he saw her, he knew all was not well with her. So he immediately asked what happened to her, where did all her hair go? Why did her countenance depict trouble, stress and what have you? He said she broke down and here was her story.

The lady said some years ago, she had a dream. In her dream, she saw three men whom she could not recognize at that time. Two of them held her arms while the third one shaved off her long hair completely. (Remember, it was IN HER DREAM). The man of God said the shocking part of her narrative was when she said a week from the day she had that dream, her whole hair naturally weeded off in REAL LIFE. Heeeeey!!! My eyes almost popped out. It wasn’t a laughing matter. Well, the woman went on to say once her hair completely chopped off by itself to her shock and that of everyone around her, her husband who was the only one working and supporting the family at the time was mysteriously sacked from work. And then she said, every exam she wrote in nursing school since then she never passed. This is a summarized version of the story, the cutting of the hair was the beginning of all kinds of losses in her life and family.

Now, what the man of God said to her which I was hearing for the first time is what I will like to emphasize in this article. The man of God admonished us saying when you lie down to sleep, your dream is YOUR DREAM. You own the dream. It’s like your possession. If you wanted to narrate your dream to someone, you will start by saying “I had a dream, and in *MY DREAM*….” What he went on to say was that, because your dream is “yours” you own it automatically, you should dominate in your dream, you should be in control in your dream. It is yours…no one should come and oppress you in *your dream*, no one should beat you in your dream, no one should take what belongs to you in your dream. No one should do anything to you against YOUR WILL in “your dream”. Why? because it is “yours”. You should consciously or subconsciously dictate what happens in it as a child of God.

Anyway, the man of God prayed with her and he told her that the dream will likely occur again since they had prayed about it and that this time around, she should remain prayerful and prepare to dominate when it happens. So it wasn’t a surprise when she had a similar dream about a week after, this time around she saw two men not three and she recognized them. Thankfully, God intervened, she had the knowledge and consciousness that this was her dream and she should “dominate” and be in control. So she looked at the two men and requested that they give her what they took from her. but for some reason, my spirit bore witness that this event was true. And the shocker was when they appealed to her to follow them to a grave yard, the two began to dig a grave and then a third man came out.  The woman recognized the third man to be a late uncle of hers.  This is not a movie, take what needs to be taken and learn please. At this point the man of God said it does not take God anything to cause a dead man to come back to life in your dream to correct whatever wrong they concocted against your life.

Back to the story, once the three men were together, they dug the back of a building she recognized in the dream and they gave her back her hair…. He did not forget to mention that the third man went back to the grave after the hair was dug out#SCARY.  LOL! Miraculously, things automatically began to change for the woman and her family after years of losses. He mentioned that her husband got a new job after all these years and the shocking part was that, can you guess?……… Of course you guessed right, her hair grew back naturally, close to what it used to look like before the dream. Hmmm…let’s stop here. This honestly sounds like a movie, but it isn’t. The man of God said it happened to his wife’s friend and one time class mate.  I hope you picked a learning point.

The bible says it, you better believe it.

For we do not wrestle against flesh and blood, but against principalities, against powers, against the rulers of the darkness of this age,[a] against spiritual hosts of wickedness in the heavenly places. Ephesians 6:12

For the weapons of our warfare are not carnal but mighty through God for the pulling down of strong holds. 2 Corinthians 10:4

And he spake a parable unto them to this end, that men ought always to pray, and not to faint Luke 18:1