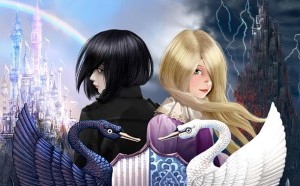 So many of us are on several groups on social media and a lot of times we hear stories of backstabs, bad friends, negative people and the part they play in some other people’s lives. At times we don’t need to go as far as social media, even in our lives as individuals these kind of people always exist. I’ve tried to draft an article on this topic for a while without promoting hate and I think I was finally able to do that or so I think 🙂

Alright, so “Frenemy” is one word that has become popular all of a sudden. Oh, you haven’t heard it?*surprised* Anyway you just did. lol The act of “frenemy” did not just start though; Someone just eventually came up with a word that best describes the “condition”. It is formed from the combination of the word “friend” and “enemy”.

I want to believe this was how the word “frenemy” found its way amongst us; when the very people who claim to be friends with you as a matter of fact do not like you at all. LMBO#fullstop They hang around you, yet they are the same people hurting you, destroying you, manipulating you, using you, badmouthing you, hating on you and also claiming to “love you” and so, once you find out, you are confused as to where they should truly be classified in your life. See, you are not alone.

There are people in our lives who we can’t really call friends because just as much as they pretend to like you, every of their actions and inactions say otherwise. It can be worrisome, right? The worse part will be living in denial (personally, I don’t live in denial) I try to manage it somehow. I stumble on several articles around and calls for advice/help from people experiencing similar issues. So yes, “frenemy” is very real.

You don’t like me, but you cannot afford to be away from my radar, so you stay put…monitoring my success and my joy, my losses and shortcomings, my actions and inactions and then using these things against me whenever and wherever you can. You are a FRENEMY.

Now what’s baffling is how people can conveniently mask as both a friend and an enemy at the same time. It beats me; if I am not happy with you, mehnn you will know. I won’t leave you to guess. When you have chosen to be “frenemy” with people, you think they don’t know? Well, me I know. I don’t deceive myself. So stop deceiving yourself too, you better be a real friend or don’t be a friend at all. 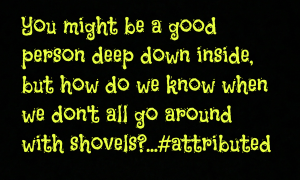 The truth is, you have beef for or with these person(s). It could be unresolved grievances. They wronged you or you wronged them. Sometimes, you are not even the offended; you have become frenemy with someone based on what you heard from a third party. You choose to resent people for no just cause? Some frenemies have been birthed from unhealthy competition. Worse still, you probably are the “offender” but you quickly take the “offended’s” position. 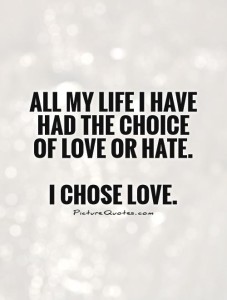 Anyway, I wish I had a solid advice on this frenemy thing.  For now it’s just food for thought; Not intended to induce hate. If you stumble on this article, search yourself, review your relationships, ask questions, and come out true. People make mistakes, relationships can go sour, we are not all flawless. But never resort to taking the dishonorable position of a “frenemy”. Friendship is not by force, personally, I will rather be a “true” friend, if not I honorably….